Today’s topic is a very dear topic to my heart! It is my most favorite pose, the chaturanga pose also known as military push-up with the elbows tucked in. Both names describe the exact same movement. We will be using both names interchangeably.

Chaturanga is a Sanskrit word which means four limbs. As the name of the pose implies you’re supposed to only have four limbs solid on the ground — the two hands and two feet.

However, not everyone is physically able to perform the chaturanga pose in this manner, at least not the very first time they try it.

This is where Ayurveda comes in to save the day once again. Ayurveda says that depending on your circumstances there are some highly important and critical modifications to this pose that are worth exploring.

And that’s what we want to talk about. A very favorite quote of mine is by Bruce Lee. It goes along the following lines:

So the fundamental idea behind this quote is that practice makes whatever it is you are practicing, permanent. Practice does not necessarily make anything perfect. Practice makes it permanent. This is why you need to keep your practice simple and proper.

I’m going to repeat this one more time:

In this particular case, if we do not properly practice chaturanga, it is only a matter of time, before we get hurt physically.

On the same note, if we do not properly teach chaturanga, it is only a matter of time, before our students get hurt physically.

This is something that unfortunately we see a lot.

But what we have noticed is that statistically, chaturanga is either not being practiced properly, or is being skipped all together.

As a result, the students move from some sort of plank to an upward facing dog or cobra by either doing some weird version or chaturanga damaging their shoulders and low back or by skipping chaturanga all together.

Whether they are poorly performing chaturanga or skipping chaturanga, either way, Ayurveda says that it is only a matter of time before they experience low back issues and / or shoulder issues.

Improper instruction and / or improper practice like the one mentioned above, has lead to conclusions along the lines of:

What we want to clarify and emphasize here is that proper chaturanga is extremely important for our health.

How to practice proper chaturanga

There are several steps you can follow in order to practice chaturanga properly. So I don’t want you thinking “Oh no, chaturanga! Oh no, military pushup with the elbows in! I don’t have the strength for that!”

Everybody has the strength to practice chaturanga and its variations. What we will do here is give you the big picture to get started, so you can at least entertain the thought of practicing chaturanga.

As we said early on, chaturanga is a military push-up with four limbs, as in the hands and the feet.

Picture yourself flat as a staff, comfortably resting on your hands and feet, with the rest of your body hovering just inches off the ground. That’s full chaturanga.

Obviously, not everybody can do that right away. This is where Ayurveda comes in and asks us to take a step back and modify accordingly.

Obviously, not everybody can do that right away either. Ayurveda is here to help us once again.

Ayurveda says — use the chest and chin for support, in other words, use eight points of contact with the ground, your feet, knees, hands, chest and chin.

No matter which version you choose, the one thing that really matters is that you keep your hips off the floor and you are not compressing your lower back. Hips and glutes off the floor, that is the proper way of performing chaturanga.

where to start from

The next question that arises is — how do you know if you have the strength to do full chaturanga, or six point, or eight point?

The answer is simple: Use plank pose or the high pushup position with the arms straight as your gauge.

If someone can hold the high push-up, arms straight, only hands and feet on the floor, no knees on the floor, with proper form for 60 seconds straight then you have the strength to perform a full chaturanga.

If you cannot do that, if you can’t hold plank with your knees on the floor with proper form for 60 seconds straight then you go to eight-point.

And everybody can do the proper eight-point if they are taught properly. It is very important to perform eight-point with proper form. It should neither be skipped nor taught improperly.

The benefits of proper chaturanga

Remember that the benefits of chaturanga are tremendous.

Chaturanga also helps with developing shoulder strength. Chaturanga is a significant shoulder stabilizer and can also assist with strengthening the bones themselves. It may even help with osteoarthritis and other such conditions.

When you should not practice chaturanga

As we already mentioned, everybody can perform some version of chaturanga.

However, if you’re not going to do it properly, you are better off not doing it all together. Performing the low pushup improperly will lead you to serious musculoskeletal issues in only a matter of time.

Furthermore, if you don’t know how to teach the low push up properly, come to us, ask for help, or don’t teach it. Please do not do damage to yourselves or your students. Do no harm, it’s your duty to do no harm.

Another quote that I would like to read to you because it’s a little bit longer and I don’t want to bastardize it is by Socrates. Socrates said:

No citizen has a right to be an amateur in the matter of physical training. What a disgrace it is for a man to grow old without ever seeing the beauty and strength of which his body is capable.

Remember what Bruce Lee said. He was afraid of the man who had performed a kick ten thousand times but performed it properly.

So go back, think and analyze your version of chaturanga, what you are practicing, and or what you’re teaching.

Are you practicing it properly?

Are you teaching it properly?

Are you familiar with the variations, the steps, the progression?

If you are not, we are here, we will help you. We strongly believe in keeping things simple but correct.

Namaste kala! Which in Greek means, may we all be well! -Vie and Tim

The Paleo Ayurveda & Spartan Yoga Podcast. 20ish-min Episodes. Seasonal. On Thursday’s. You can find us on all major platforms, including iHeartRADIO, Apple Podcasts, Stitcher, and Spotify.

Disclaimer: All posts and information provided here is for informational and educational purposes only, and is not to be construed as medical advice or instruction. No action should be taken solely on the contents of this website. Please consult your physician or a qualified health professional on any matters regarding your health and well being or on any opinions expressed within this website.Thank You For Sharing! 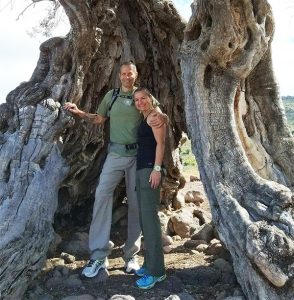