If you missed Part 1, it can be found here

Everything the Spartans did, from speaking to physical activity followed the principal of austerity. Spartans are very famous for their “laconic phrases”. The word “laconism” comes from Laconia, a polis of ancient Greece (and region of modern Greece) surrounding the city of Sparta proper. A “laconism” is a figure of speech, in which someone uses very few words (very concise or terse statement) to express an idea, in keeping with the Spartan reputation for austerity.

The word “calisthenics” also depicts how the Spartans thought of physical, mental and spiritual health. “Calistenics” comes from “kallos” which means “beauty” and “sthenos” which means strength. To Spartans, health required both beauty and strength of the body, mind and soul. The calisthenic agoge was a significant part of the Spartans’ training system and it involved using only the body weight for resistance and little or no equipment at all. 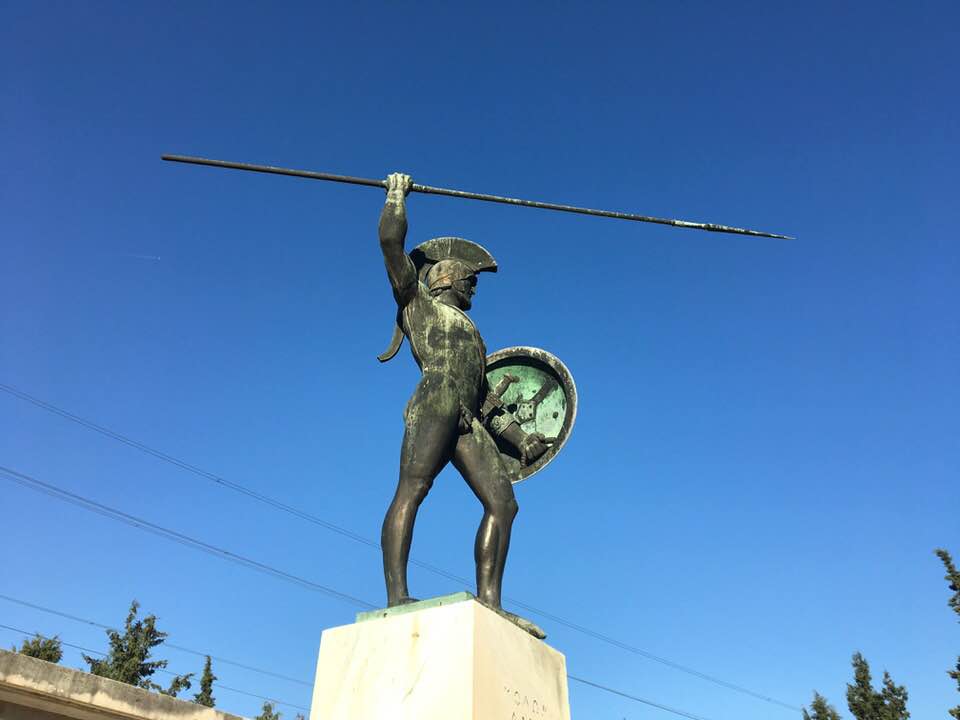 One of the earliest mentions of calisthenics can be found in the chronicles of Herodotus on the Battle of Thermopylae (480 BC). Herodotus is a Greek historian who lived in the 5th century BC. He states that when Xerxes (who led the Persians against the 300 Spartans) sent spies to watch the military camp of Sparta, they said the Spartans exercised their bodies with synchronized and rhythmic movements (spartan yoga™), a fact that was misinterpreted by the Persians as a form of dancing and therefore a sign of weakness.

This video was recorded in Thermopylae (Hot Gates), Greece. This is where the famous battle between the 300 Spartans (led by King Leonidas) and the 700 Thespians, against the invading Persian forces took place in 480 BC.

So, come experience Spartan Yoga™ and find your hero within.

Until next time much, much love from both of us! By the way, what else would you like to know about, in terms of Spartan Yoga™? Let us know in the comment section below. And if you liked this, please hit the like button, share, and subscribe if you haven’t already. 🙂

Na’maste kala! Which is Greek for: May we all be well!

Thank You For Sharing!